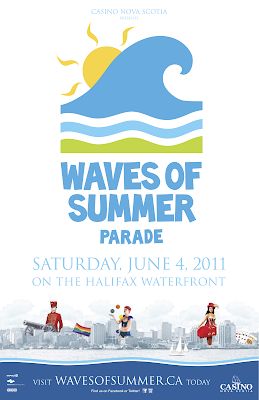 Summers in Nova Scotia are spectacular, and this year, Halifax will mark the start of the season with a parade celebrating local festivals and events.
The Waves of Summer parade, presented by Casino Nova Scotia, Impact Communications and Waterfront Development Corporation, will take place on June 4 at 2:30 pm, making its way from the Cunard Parking Lot, located on Lower Water Street between Emera and Bishop’s Landing, to Casino Nova Scotia.
The parade will feature highlights from the Nova Scotia International Tattoo, Halifax Greek Fest, Lebanese Festival Halifax, Parks Canada, Halifax Pride, and many more, as well as showcase performances by an array of street artists and musicians including the Casino Entertainment Troupe.
The celebration will culminate in a free show on Casino Nova Scotia’s outdoor stage beginning at 4:30 pm. The lineup of stage artists will be announced soon.